SK > Uncategorized  > WHAT IS EVIDENCE?
0 Comments

Posted by admin
in Uncategorized 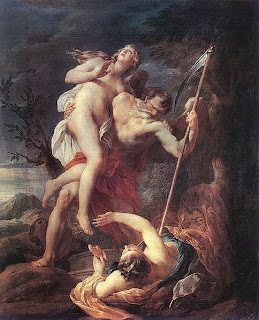 Evidence in its broadest sense includes everything that is used to determine or demonstrate the truth of an assertion. Giving or procuring evidence is the process of using those things that are either (a) presumed to be true, or (b) were themselves proven via evidence, to demonstrate an assertion's truth. Evidence is the currency by which one fulfills the burden of proof.
Many issues surround evidence, making it the subject of much discussion and disagreement. In addition to its subtlety, evidence plays an important role in many academic disciplines, including science and law, adding to the discourse surrounding it.

An important distinction in the field of evidence is that between circumstantial evidence and direct evidence or evidence that suggests truth as opposed to evidence that directly proves truth. Many have seen this line to be less-than-clear and significant arguments have arisen over the difference.
Truth has a variety of meanings, such as the state of being in accord with fact or reality. It can also mean having fidelity to an original or to a standard or ideal. In a common usage, it also means constancy or sincerity in action or character. The direct opposite of truth is falsehood, which can correspondingly take logical, factual or ethical meanings.
Various theories and views of truth continue to be debated among scholars and philosophers. There are differing claims on such questions as what constitutes truth; what things are truth bearers capable of being true or false; how to define and identify truth; the roles that revealed and acquired knowledge play; and whether truth is subjective or objective, relative or absolute.

The law of evidence encompasses the rules and legal principles that govern the proof of facts in a legal proceeding. These rules determine what evidence can be considered by the trier of fact in reaching its decision and, sometimes, the weight that may be given to that evidence.
The law of evidence is also concerned with the quantum (amount), quality, and type of proof needed to prevail in litigation.

The quantum of evidence is the amount of evidence needed; the quality of proof is how reliable such evidence should be considered. This includes such concepts as hearsay, authentication,admissibility, reasonable doubt, and clear and convincing evidence.
There are several types of evidence, depending on the form or source. Evidence governs the use of testimony (e.g., oral or written statements, such as an affidavit), exhibits (e.g., physical objects), documentary material, or demonstrative evidence, which are admissible (i.e., allowed to be considered by the trier of fact, such as jury) in a judicial or administrative proceeding (e.g., acourt of law).

Circumstantial evidence is evidence in which an inference is required to connect it to a conclusion of fact, like a fingerprint at the scene of a crime. By contrast, direct evidence supports the truth of an assertion directly—i.e., without need for any additional evidence or the intervening inference.

Circumstantial evidence allows a trier of fact to deduce a fact exists. In criminal law, the inference is made by the trier of facts in order to support the truth of assertion (of guilt or absence of guilt).Testimony can be direct evidence or it can be circumstantial.

Sorry, the comment form is closed at this time.